In a year when we almost don’t need an additional reason to celebrate because our “little” Manjgura is slowly growing up and celebrating its 25th birthday, we won two Grand PRix awards for the best communication projects achieved last year. But don’t worry – we’ll still be mischievous, just with a little more work experience – and with a new hairstyle 😊

Manjgura’s campaign of Marko Filipović for the mayor of Rijeka in the local elections in 2021 won silver, while the project Exhibition “Diabetes under control” was awarded the bronze Grand PRix of the Croatian Public Relations Association (HUOJ).

“I am very proud that two of Manjgura’s projects won this year’s Grand PRix awards in categories that had great competition and submitted phenomenal projects. The project “Diabetes under control” won third place, and through innovation and the use of interactive technology, we have raised the level of raising awareness about diseases to a higher level. The campaign of Marko Filipović (SDP) for the mayor of Rijeka was awarded the silver statue, which was really challenging, and in the end, achieved an excellent result, and gave Rijeka the mayor of the highest quality. The awards are an incentive for us, but the most important recognition is the positive change in society that our projects achieve, which is the most important thing for all Manjgura employees and the reason why we strive to be even better and more creative every day “, said Krešimir Macan, director of Manjgura.

The project of the first public interactive exhibition on diabetes in Croatia “Diabetes under control” won bronze in the category of the best public relations project in institutions, associations, and non-governmental organizations. Manjgura designed and realized the exhibition held in November 2021 on Zagreb’s Cvjetni Square for the Zagreb Diabetes Association, to inform and educate the public and the patients about the pandemic, the possibilities of influencing the positive outcomes of treatment with good glucose control, and timely treatment. Through the innovative digital solution of Go2Digital, citizens were able to learn more about diabetes for the first time through multimedia content, but also about the importance of their role in disease prevention and control. 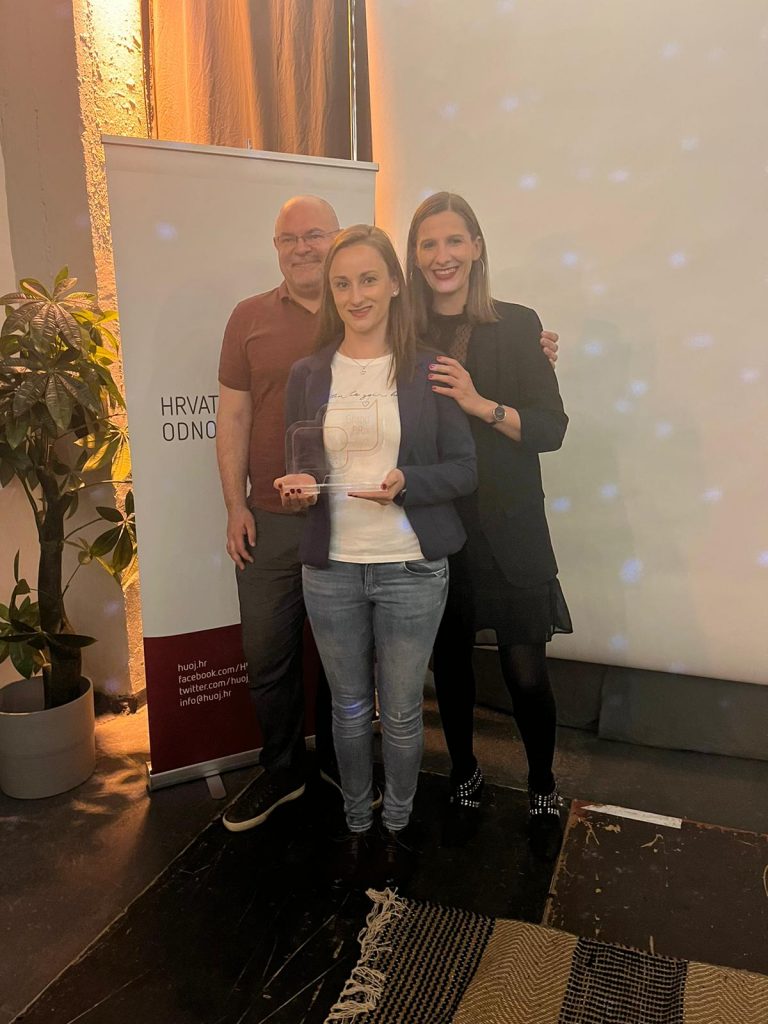 The numbers themselves say a lot about the success of the project – during the three days of the exhibition 1,589 people viewed interactive content, and the exhibition itself was themed in all central news programs and news of national TV companies and print and online editions of many media.

Read more about the projects themselves and the awards won on Manjgura’s website: https://manjgura.hr/tag/pr-nagrade.

These two significant recognitions are a great overture for the big celebration of Manjgura’s 25th birthday, which we are looking forward to! Our little Manjgura is no longer so small, and it has hundreds of successfully implemented projects behind it, to which Manjgura has always devoted itself with the greatest zeal. Stay tuned…