Manjgura’s projects “DiJAbetes under control” exhibition and Marko Filipović’s political campaign for the mayor of the city of Rijeka in the 2021 were nominated  for the Grand PRix Award of the Croatian Public Relations Association (HUOJ) for the best communication projects in 2021, marking also Manjgura’s 25th anniversary.

The project of the first public interactive exhibition on diabetes in Croatia called “DiJAbetes under Control“, which took place last November on Zagreb’s Cvjetni Square, was designed and implemented by Manjgura  for Zagrebačko dijabetičko društvo (Zagreb Association for Diabetes) to  inform the public, as well as patients, about the ways to influence positive treatment outcomes with good glucose control and timely treatment, despite the focus of decision-makers and media on COVID-19 and pandemic-related issues.Today, one in 11 people in Croatia suffers from diabetes, while at the same time this disease is the third leading cause of death – every day, 13 people in Croatia die from diabetes-related complications.

The aim of the exhibition was to educate as many citizens as possible about the possibilities of prevention and effective diabetes control, while in the interactive and diverse content creation, covering the beginnings of diabetes treatment in ancient times, up to the development of state-of-the-art systems for painless and continuous glucose monitoring, were also involved the members of the Zagreb Diabetic Society.

During the three days of the exhibition, 1,589 people viewed interactive content, while the exhibition itself was featured in all central news and broadcasts of national televisions, as well as print and online editions of a large number of media.

The project was nominated in the category best projects for public relationsin institutions, associations and NGOs. 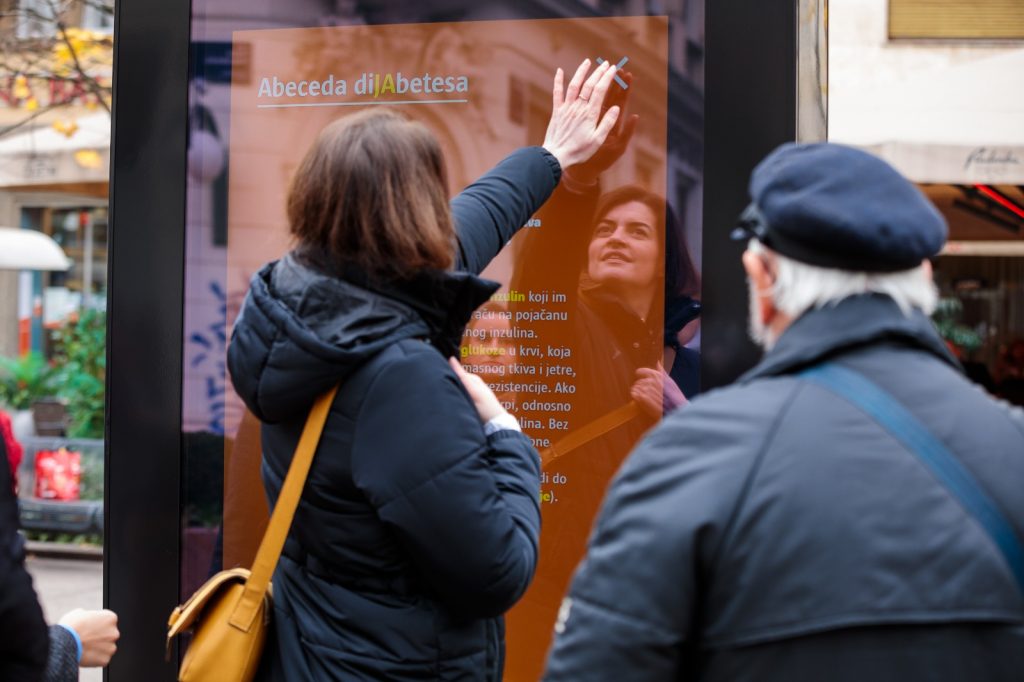 “We are very pleased that the project “DiJAbetes under Control” has been recognized by the expert jury of the Croatian Association of Public Relations and evaluated as a quality project that contributes to the awareness of the community about the increasing incidence of diabetes and prediabetes. We believe that with this interactive, yet educational exhibition, we have encouraged  the general public to become more involved in their own health. The project further aims to educate, empower and motivate the public as well as people with diabetes via a web platform. This award is a great endorsement for the association, a positive step forward for civil society as a whole,” said prim. dr. Manja Prašek, President of the Zagreb Association for Diabetes.

Last year, Manjgura also achieved excellent success in the field of political communication – in the “election year” of 2021, Krešimir Macan, Manjgura owner and prominent regional election adviser, , led  the campaign of  Marko Filipović (SDP) for the mayor of Rijeka, among three other winning campaigns.

From a communication point of view, the project was particularly challenging, as the elections took place under pandemic conditions , whileRijeka was the city with most candidates for mayor in  the last local elections.  Although the couloirs and the polls at the beginning of the year did not give him much of a chance, Marko Filipovic won a firm victory in both rounds and secured Social Democratic Party of Croatia (SDP) a majority in the city council, keeping Rijeka  “red” contrary to the expectations of many.   With the efficient and affordable use of digital video combined with digital advertising, Marko Filipović  virtually entered every house in Rijeka in just a month and a half, turning from “Kvisko” loser, unknown to two out of three citizens of Rijekas, to a convincing election winner.  He promised Rijeka would remain “OPEN AND FREE” and that as a “NEW FORCE OF THE CITY”  he  would meet with a “NEW RHYTHM OF THE CITY”, which he consistently communicated in all phases of the campaign.

The project was nominated in the category best communication project in the field of political communication.

With Krešo’s campaign leadership, Marko Filipović won a firm victory in both rounds of elections and secured SDP wih a majority in the city council.

“The news that two of Manjgura’s projects are  the finalists for the best communication projects in Croatia this year has made us even happier, as our agency celebrates 25th anniversary this year. Our little girl (”Manjgura” is a Dubrovnik term for a female child, a young girl) is now a beautiful 25-year-old woman who invests a lot in her knowledge, and professional skills are extremely important to her. We continue to look forward to every new project, especially those that seem too challenging at first glance that hardly anyone dares to take on. This was also the case in Rijeka – a great challenge that we successfully mastered. For the citizens of Rijeka, the relatively unknown and modest Marko Filipović was successfully promoted to the new mayor in strong competition, and it was the campaign that made the difference. In Rijeka, the result was anything but certain, as it looks know, from a distance,” said Kresimir Macan.

Last year, Manjgura also had two finalists in the finals of HUOJ’s national and regional Grand PRix, that were later also finalists of the world’s most prestigious PR awards – IPRA Golden World Awards – Rakoborci – Croatia against cancer and the project of Viber Total Croatia Total info Community – virtual reception of Croatia in the covid era. The latter won the Grand Regional Grand PriX,received numerous international awards and participated in three finals of the most prestigious PR award in the world, IPRA. You can read more about the projects on Manjgura’s sites: https://manjgura.hr/tag/pr-awards.

The Grand PRrix winners will be announced on 12 April  this year, while you calearn more about the projects and the prize itself here.