Our own Krešimir Macan was interviewed by the Serbian portal BizLife before his lecture at the School of Digital Communication. 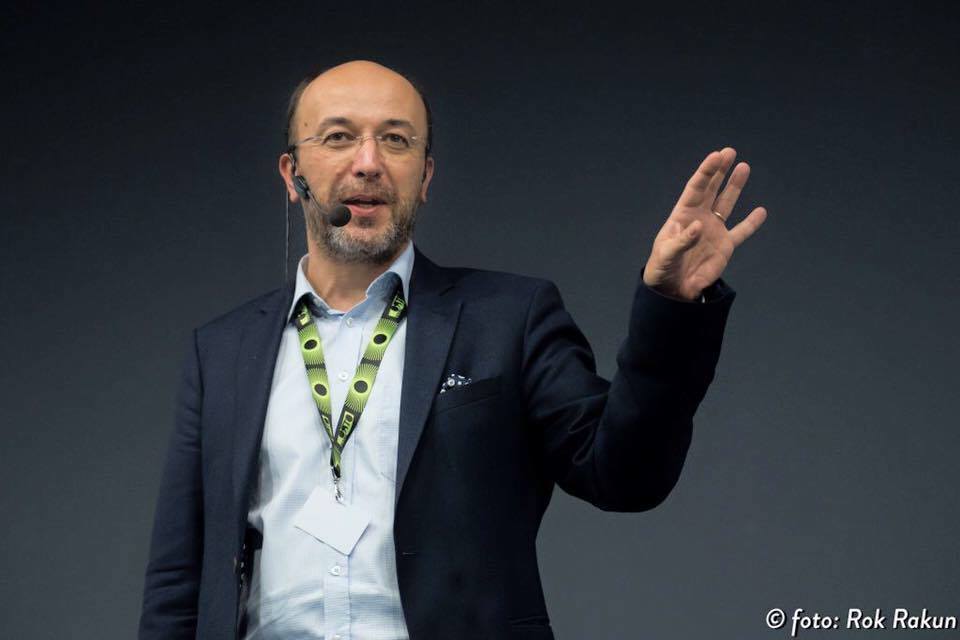 This school is organised by the Represent Communications agency, it starts on April 8 and lasts until May 14. This year’s lecture by Macan will focus on the importance of SEO tools in crisis communications as well as the fact that content production is expanding to audio and video materials. To see what Macan told BizLife, continue reading.

The Internet, social networks, in particular, have set new challenges for public relations. Which trends do you believe will have a significant effect in the upcoming period?

Primarily, there is a complete change and fragmentation of the media image as we know it. Television continues to be the dominant source of information, but it is no longer consumed solely through TV screens. Increased use of Smartphones enabled the Internet to shift from desktop computers and to be with us at all times. It a platform we haven’t seen before and it enables two-way communication, chatting, inclusion and creation of new content through all processes that are available to us. This places many challenges in front of PR specialists – mostly the need to master new specific skills they didn’t need just a few years ago. This brings on the need for everyday learning and improvement. If you want to be on top and keep up with new technological solutions, you have no choice – every day a new kid on the block appears and he finds this technology normal.

What is the state of PR as an industry on the Balkans compared to EU countries?

The difference is only in the level in which all things can be applied because we still don’t have a real online store or real mobile market. There are large differences between the EU and Croatia and then Serbia. The mobile application market is starting to come to life in Croatia, your Smartphone truly becomes your mobile wallet and a store. I expect this to happen in Serbia too very soon – first hints already exist. As far as the most profitable markets of sex, real and fake Viagra and other frauds, there is really no difference – allegedly, monthly revenues of some 100 million Euros are achieved in this entire region – unfortunately, the least amount of money is generated through domestic providers. Even though you cannot apply everything right now you have to know how to recognise trends and to prepare your campaign and products accordingly. Because the adjustment itself doesn’t happen overnight.

There is an increasing number of examples that confirm various aspects of new communication forms in crisis situations. And there is an increasing number of interesting, original solutions that I will share with this year’s attendees. Technology has changed rapidly in the last year – the speed of implementation is actually fascinating and it keeps increasing every year. SEO is becoming an important tool for crisis managers, production of own content is now expanding to video as well as audio etc. There are many new things which we never used before.

In the last few weeks, this region was faced with a problem of aflatoxin in milk. Social networks in Serbia had a significant effect in making the audience aware of this problem, especially Twitter communication. Every crisis is both a threat and an opportunity – in your opinion, should the competent Ministry have started communicating via social networks? Did they miss the chance to seize the given opportunity?

When the safety and health of citizens are in question, it is your obligation to communicate via all available channels. Serbia had a very specific situation because this serious health risk regarding properties of milk was politicised and used for political confrontations. For a moment, politicians forgot that they are supposed to work in people’s best interest, and that is why informing people was pushed in the back. In Croatia, a professional consensus was reached regarding this particular issue and that is why the situation calmed down relatively quickly and it is now under control with the tendency of completely eliminating the problem. The better you communicate, the faster you will get over the real crisis – aflatoxin is a great example of that. Sales of milk normalised in Croatia within a week.

HUOJ (Croatian Public Relations Association) recently noted that internal resources in ministries in the Croatian government and State-owned companies relating to PR did not achieve high communication results. In your opinion, what kind of an effect did the decision of the Croatian government to ban the hire of external PR experts have on the industry?

When you’re facing difficult reforms and cuts, the last thing you should relinquish is communication experts. I think the government is now paying a high price for its average, and in some areas below average communication. But, it’s easy now to say – we told you so – that won’t help anyone – in these times of crisis, we should be looking for a solution together. As the people in Dalmatia say – two donkeys always know more than just one.